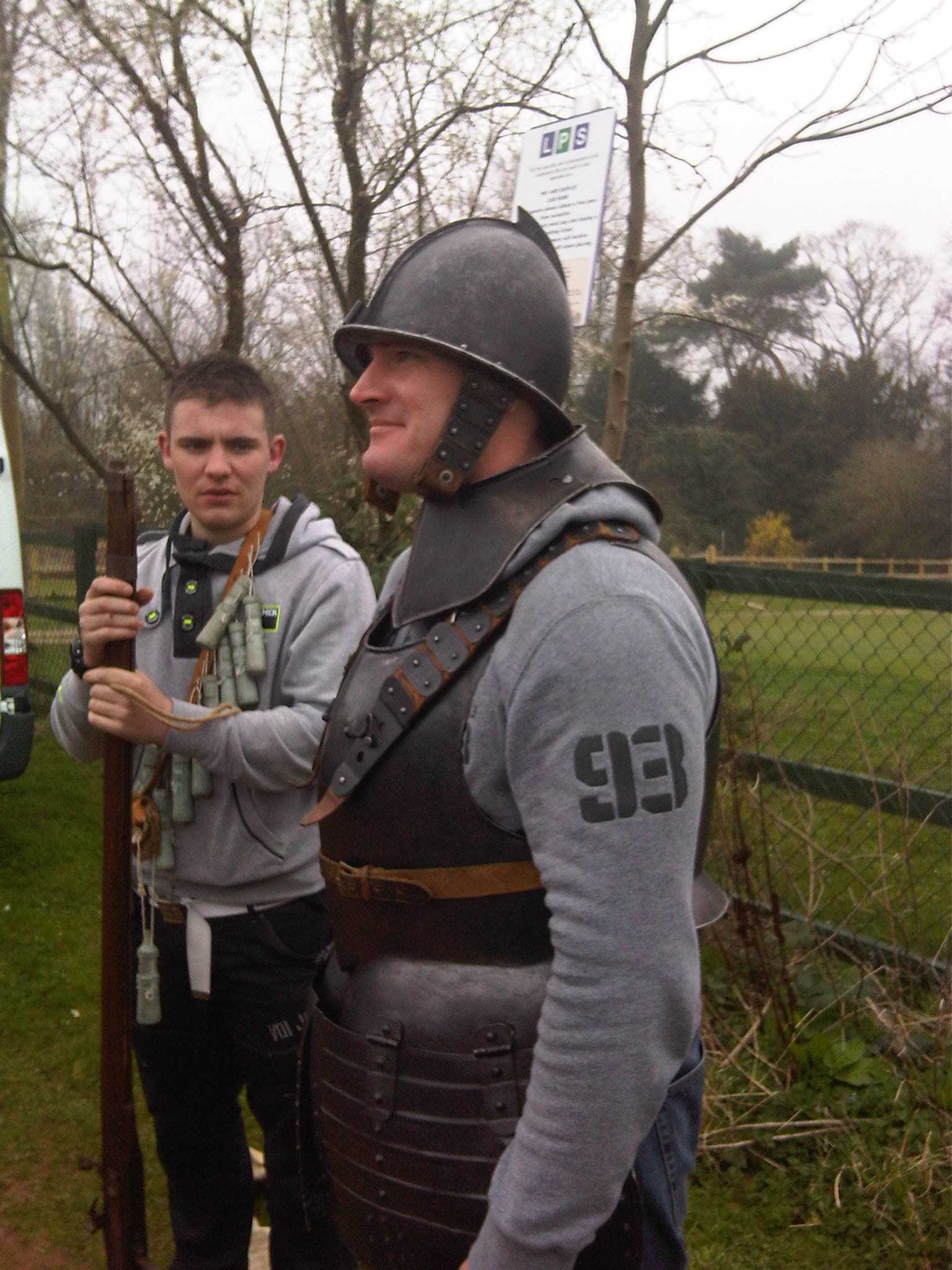 The aim of this two day all ranks battlefield study was principally as a team building exercise for the Regiment’s Op Olympic contingent. The exercise was intended to achieve the the following:-
• Introducing and refreshing awareness of doctrinal concepts (Principles of war, defence and attack)
• Developing their understanding or the eternal truths about the reality of war, the relevance of the core values and the importance of logistics on operations.
• Develop an understanding of the impact of ground on operations
• An opportunity to develop an understanding of all arms tactics
• Having fun.

The exercises was based at Swynnerton Training Camp in Staffordshire and the historical subject matter expertise was provided by Frank Baldwin and Julian Humphrys pro bono, for the Battlefields Trust.

While the technology of the Wars of the Roses and the English Civil War are very different to today, the political setting of failed states, regime change civil war and religious extremism has a very modern context.

On each battlefield group discussions were focused on the similarities and differences between the armies and warfare of the 15th and 17th Centuries and those of today, combined with low level TEWTS based on the historic setting.

The exercises ended with an act of Remembrance at the Arm,ed Forces memorial at the National Memorial Arbouretum.