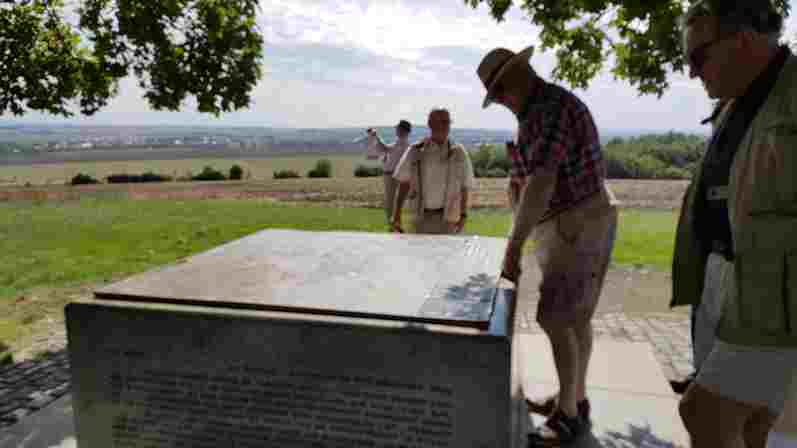 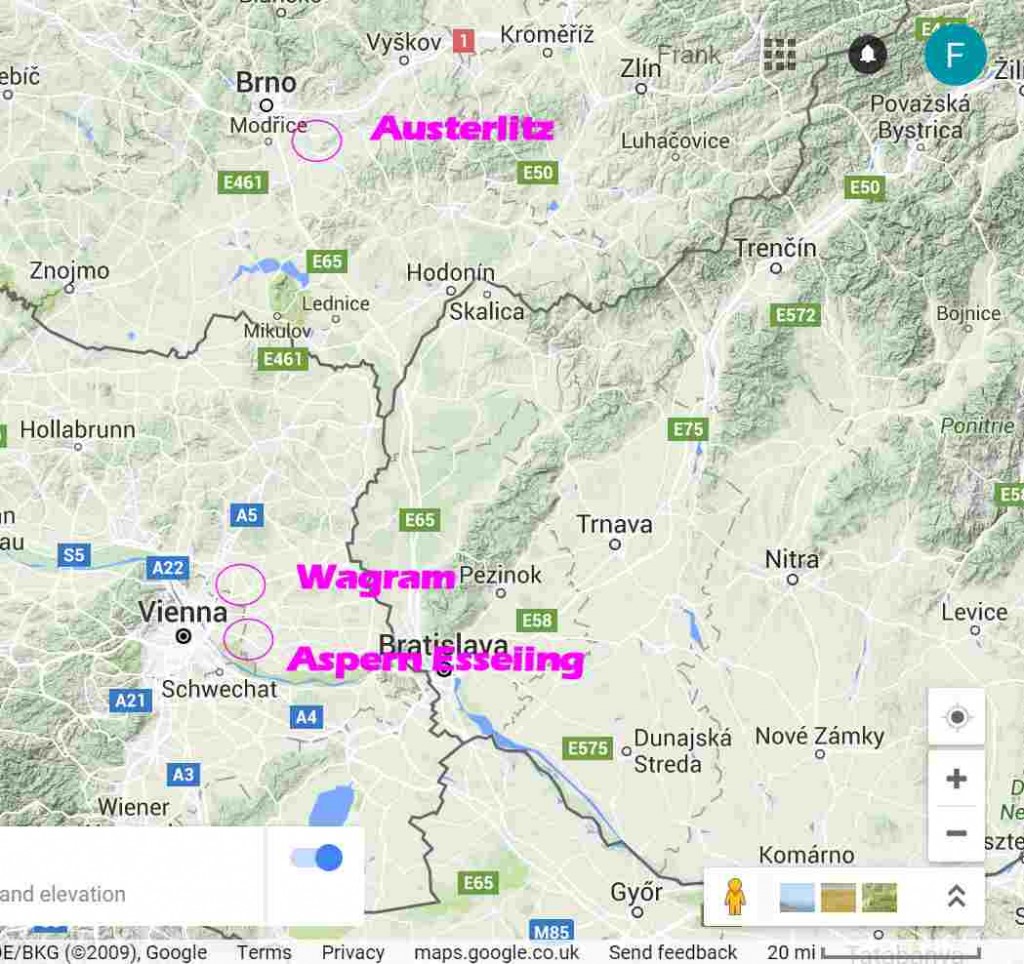 The Battle of Waterloo is probably the most famous battle of the Napoleonic wars. But if you want to understand why Napoleon was so powerful you need to visit somewhere else. Within a couple of hours of Vienna you can find Austerlitz and Wagram; two of Napoleon’s key battles.

Austerlitz is regarded my many as seen as his masterpiece and genius for War. Wagram was Napoleon’s last decisive victory. These battles, four and a half years and 90 years apart marked the high points of Napoleon’s military career.

Napoleon fought two campaigns in Austria as Emperor of France. The 1805 campaign led to the decisive battle of Austerlitz 2nd December 1805 near Brno. This was a remarkable battle in which Napoleon beat superior numbers of Austrian and Russian troops. It is the single battle which demonstrated his genius and the superiority of the Grande Armee over the outmoded continental armies. It was also the setting for some chapters in Tolstoy’s War and Peace.

Four years later Napoleon again campaigned in the Danube valley. This time the Austrians were better prepared and prevented the French from crossing the river Danube. When Napoleon launched a river crossing, the Archduke Charles inflicted Napoleon’s first defeat at the battle of Aspern-Essling in May 1809 but prevailed over the Austrian Army at the battle of Wagram in July 1809. Wagram is a little overlooked. It was the second largest battle in the Napoleonic wars over a three hundred thousand combatants fought.

Each of these campaigns was the cumulation of a series of actions in the Danube Valley. In 1805 the Russians turned and defeated a French column at the battle of Durnstein and the action described by Tolstoy as Schoengraben. In 1809 there were battles at Ablesberg and Znaim as well as Bratislava.

Vienna is a good base for Lower Austria and the Danube valley, with Brno in the Czech Republic right next to Austerlitz. There are cheap flights to both destinations.

The Military history museum in Vienna is well worth visiting. The whole area has good food and drink.

One thought on “Austerlitz and Wagram from Vienna or Brno”